The capital’s entertainment industry is showing glimmers of recovery, says Sarah Riches. Read on to find out which shows have announced new opening dates

This new musical is based on the well-known Disney animation. It follows a couple who home over 100 dogs, only for their evil neighbour, Cruella De Vil, to try to steal them to make a new coat. The Olivier Award-nominated Kate Fleetwood (King Lear, London Road, High Society) stars as Cruella. If you’re wondering how the theatre’s artistic director, Timothy Sheader, will manage 101 dogs on stage, that’s thanks to puppetry by Toby Olié (Running Wild).

Bafta-nominee Juliet Stevenson stars in this new drama, which is based on the Nobel Prize-winner José Saramago’s dystopian novel of the same name. Playwright Simon Stephens guides you through the panic caused by contagious blindness in a European city, and the Government’s attempts to quarantine infected people into an empty asylum. You must pre-book. You’ll hear the hour-long show through headphones, on seats arranged two metres apart. The production will run four times a day.

This musical version of Charles Dickens’ classic tale ran for a decade in New York. Now you can get into the Christmas spirit by listening to the English National Opera and the London Musical Theatre Orchestra bring the story of Scrooge alive.

Toddlers will be counting the sleeps till spring 2021 as Theatre Royal Drury Lane has announced it will stage a musical version of the Disney film Frozen.

The musical will feature the hit tune Let it Go (obviously), as well as new songs.

Samantha Barks will star as Elsa alongside Stephanie McKeon as Anna.

Set in Baltimore, USA in 1962, this musical follows Tracy Turnblad, a plump teenage girl who dreams of making an appearance on a local TV dance show, fighting racial injustice along the way. It stars the Olivier Award-winning Michael Ball, Paul Merton (TV’s Have I Got News For You), Marisha Wallace (Waitress, Dreamgirls) and the West End newcomer Lizzie Bea.

Young children can learn about historical figures from William the conqueror to King Henry VIII in this comical drama, which is based on Terry Deary’s books and subsequent BBC series.

Tim Rice and Andrew Lloyd Webber’s musical returns to this outdoor theatre, this time as a concert rather than a staged musical.

Joseph and the Amazing Technicolor Dreamcoat

Released as an album in 1969, Joseph and the Amazing Technicolor Dreamcoat became a musical featuring Any Dream Will Do and Go Go Go Joseph. Jason Donovan, who previously played the lead, will return as the Pharaoh. Jac Yarrow will star as Joseph, who is sold into slavery before ending up in jail – where he discovers he can interpret dreams. 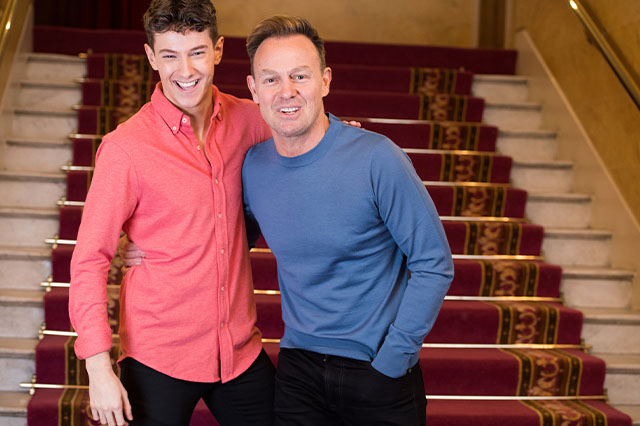 Puccini’s tragic romance will be performed live by the English National Opera orchestra and chorus outside in Alexandra Palace Park in Wood Green. The new 90-minute show will be on a covered stage with large screens at each side.

Agatha Christie’s whodunnit is about a murder in a grand country hotel. It has been playing since 1952, making it the world longest-running play.

The English National Ballet Philharmonic will perform alongside over 100 dancers and musicians in this festive dance, which is set in a magical winter wonderland.

The Ocean at the End of the Lane

This Olivier Award-nominated play is directed by Katy Rudd – the associate director on The Curious Incident of the Dog in the Night-time – and it’s transferred from the National Theatre. It is based on the 2013 fantasy novel by Neil Gaiman and adapted by Joel Horwood. The play begins with Alex returning to his childhood home for a funeral. While there, he is transported to his 13th birthday, when his friend Lettie believed her pond was an ocean. The two pals are then plunged into a dark fairytale in which they must fight to survive. 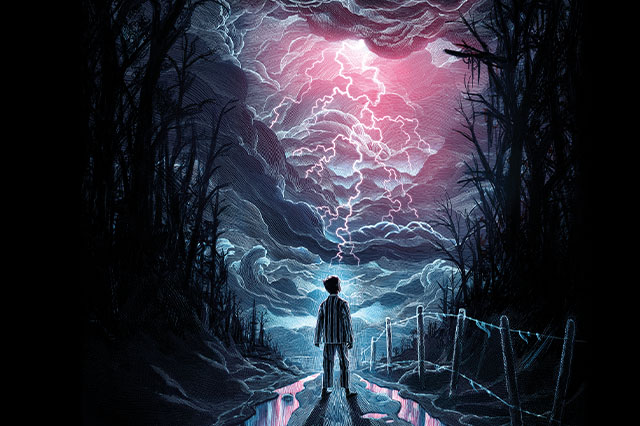 The Prince of Egypt

This epic biblical tale is a new musical based on the 1998 Dreamworks’ animation of the same name. It begins with Pharaoh Seti murdering newborn Hebrews – without realising his adoptive son Moses is one. When an adult Moses discovers the truth, he fights his adoptive brother Rameses to free enslaved Hebrews. Director Scott Schwartz says, ‘This production is the retelling of the Bible story of Exodus. We use physical theatre and dance to tell the story, and we part the Red Sea.’ Wicked’s composer Stephen Schwartz – an Academy, Grammy and Golden Globe winner – has created 10 new songs, while fans of the film will recognise Deliver Us, All I Ever Wanted, Through Heaven’s Eyes and Whitney Houston and Mariah Carey’s When You Believe.

Jay McGuiness from the boy band The Wanted and Kimberley Walsh from the girl band Girls Aloud take the lead roles in this new musical. The show is based on the 1993 romantic comedy Sleepless in Seattle, which starred Tom Hanks and Meg Ryan. It has 14 new songs and is directed by Morgan Young (Elf, White Christmas, Big). It follows widower Sam (McGuiness) after he moves to Seattle with his son, Jonah. When Jonah phones a radio show, Sam is forced to talk about his broken heart and sleepless nights live on air, making him the USA’s most eligible bachelor – and a top news story for Annie (Walsh), a feisty journalist living on the opposite side of the country. Can Jonah bring the two together on the top deck of the Empire State Building?