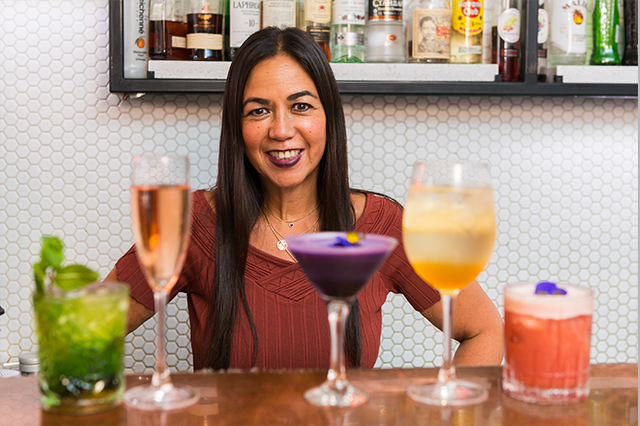 Tell us a little about yourself and your business

I opened Romulo Café & Restaurant four years ago in High Street Kensington, West London. It’s between two landmarks Kensington Olympia and the new Design Museum, while Holland Park is two minutes away. It was and still is the only international outpost of a small, family-owned restaurant group in Manila, founded in 2009 by my sister Sandie and her husband Enzo Squillantini.

Good food and restaurants were two of my first loves. The Romulo family has always appreciated and enjoyed good food and shortly after university I helped an uncle and aunt run the first Thai restaurant in Manila. So, when I decided to pivot away from a two-decade career in international banking (for Citibank and JP Morgan, where I was a Managing Director), the chance to become a full-time restaurateur was too tempting to pass up. We only have one life. Luckily, my partner Chris also has a solid background in the retail food industry, so together we knew we could make it work. My daughter, who lives in Milan, was extremely supportive too. At first, my father wondered why I didn’t just choose to run a McDonald’s franchise as it would be much simpler. But he’s been quite impressed by what we’ve been able to do.

We launched the restaurant in March 2016. We’re a neighbourhood restaurant but also a destination one. Filipinos in this country were so excited when we first opened, and many would travel from as far as Manchester or the south coast to enjoy a taste of home. They still do. What we serve is fine Filipino food based on my family’s heirloom recipes, using great quality British ingredients; we source from suppliers who are known for their commitment to sustainability and ethical practices, and who are highly regarded in the hospitality industry.

In the last four years, we’ve won several awards, such as Time Out’s Most Loved Restaurant in Kensington for two years in a row. One of our most recent awards was Best Restaurant or Bar, which we won at the Kensington & Chelsea Business Awards. This means a lot to me as from the onset I’ve wanted Romulo Café to contribute to the local community and business scene. It also matters that nowadays our customer profile is evenly split between Filipinos and British and international diners.

The inspiration behind the restaurant is my paternal grandfather, Carlos P. Romulo, who excelled in so many things – he was one of the eight original signatories of the United Nations; he was the first Filipino to win a Pulitzer Prize; he was a general during the Second World War; he was Foreign Secretary under eight Philippine presidents and he loved his food. My grandmother was a great hostess, and when he was the Ambassador to the US, my grandparents were known for their stylish and delicious lunches and dinners. Physically, my lolo was a small man but during his time he made a huge impact on the world stage, drawing positive attention to the Philippines. I hope in its own way the restaurant named after him does the same, because it’s meant to showcase Filipino excellence through food. Our Head Chef, Jeremy Villanueva, is Filipino and trained earlier in his career under the Roux brothers. He’s really very skilled and there’s a lot of taste, flavour and flair in his cooking

What precautionary measures is your business taking to guard the safety and welfare of visitors?

Prior to reopening for dine-in, we commissioned a professional cleaning company to administer clinically tested chemicals in the air, covering the entire surface area of our restaurant. This technology provides a long-lasting protective shield on any surface that it is applied to, killing off 99.99% of bacteria and viruses.

We’re making sure to follow the guidance for the re-opening of restaurants and other hospitality businesses issued by both the UK Government and UK Hospitality, our industry trade body. We’ve done quite a meticulous risk assessment and are now implementing measures that will safeguard the health and welfare of not just our visitors, but our staff, such as the introduction of partitions or screens between tables. We have installed anti-bacterial door handles, replaced our door push plates which help control cross contamination, made hand sanitisers and complimentary masks or gloves available for guests for their journey home, implemented daily staff health checks and ensured the use of protective masks and shields for the staff.

Social distancing between customers and staff means that we will of course be serving less covers and reducing maximum capacity. Reconfiguring our table plans, upping our hygiene and sanitising rituals are all part of the new business regime that we’ve come to accept.

We’re also making more use of technology, and now if they wish, seated customers can order and pay directly on their mobiles. We do have a whole list of measures that we’re putting together and aiming to communicate to our customers. I do think, though, that in all of this, we can’t lose sight of the fact that we are still a people industry, and our role is to provide a happy experience for our guests so that they want to come back. As long as we can do that while keeping our business viable, it’s worth re-opening, which we will on 10th July. People will be able to make reservations on our website from 3rd July. 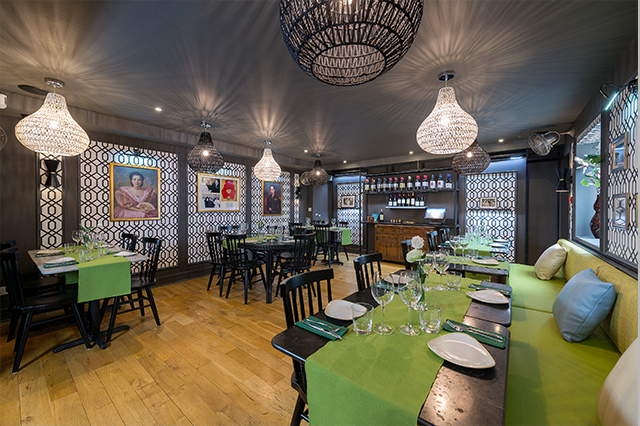 Can we expect anything different or innovative to enhance the customer experience?

We’re going to be introducing a whole new menu which I am personally very excited about. It will be slimmed down compared to pre-lockdown but you can be sure every item, including vegan and vegetarian dishes, will have been carefully chosen. We have very many loyal, repeat guests so this will be something fresh and new for them too. We’ve also just launched a side business of freshly baked artisanal Filipino delicacies to add to our now quite famous Filipino bread roll, pandesal. Chris and I just love challenging ourselves and Jeremy to come up with new food ideas.

Can you tell us one lesson that you have learnt during the shutdown?

Always be ready and willing to adapt, but without sacrificing your quality standards. The world as we know it changed in March. A month later, we chose to open purely as a delivery and takeaway service, which has gone quite well. I think it’s because we do everything we can to reach our customers, particularly those living in areas outside our delivery partners’ (Uber, Deliveroo, Just Eat). Recognising that many of our customers are outside the boundary of these traditional food delivery companies that we use, we enlisted some drivers that are not working at this time to deliver for us. The food is prepared as lovingly as it would have been had they been eating in the restaurant. It also helps that we take a lot of care in our packaging.

Finally, tell us why we all just have to try Filipino food?

There is nothing quite like it. It’s perhaps the original East-West ‘fusion’ cuisine, taking the best of Spanish, Chinese, Malay and American culinary traditions and infusing them with local Filipino ingredients and techniques to make them our own. In terms of taste, think sweet, sour, spicy and salty. Can you imagine it?